No Widgets found in the Sidebar Alt!

No Widgets found in the Sidebar Alt!

Are you thinking of thrilling your son or daughter to the skies with a drone of their own? You probably pick a Best Drones For Kids. Your child will love piloting their drone through 360’s or taking photos of the lake down the hill from a bird’s eye view. But you want it to perform great for your child so that she has the time of her life flying it, instead of walking away in frustration and disappointment. In other words, you want it to be a kid friendly drone, a product with the most ideal features for a young, novice flyer. So, what are the best drones for kids?

We will answer that question by listing several of the features of the top affordable drones on the market. By understanding the qualities of a particular drone, you will be able to pick which one is ideal for the particular child you are purchasing for. You can also check out our other affordable comparisons, such as our best drones under $200 and best drones under $300

Our top pick of the best drones for kids

Coming in number one on our drones for kids list is the QCopter QC1 Drone Quadcopter with HD Camera. A very fun aspect of this drone is its extremely long flight time of half an hour. The long flight time is attributed to the fact that the drone comes with a backup battery that can be swapped out once the first battery runs out of juice. Each battery will operate for 15 minutes before needing to be swapped out. That feature contributes to making it a kid friendly drone, because it keeps a young person from getting frustrated with having to stop and charge their drone as often as most require.

This model charges about an hour and a half to two hours. It has an HD camera that shoots stills and records videos. We must say that the camera quality is not the greatest on this drone. It comes with colorful LED lights, making it attractive and easy to see in the dark. The minimum recommended age for this product is twelve, which is younger by a couple of years than the other products on our list. Its dimensions are 16 x 16 x 3 inches, and it weighs only 4.5 oz. Its light weight is another feature that makes it our pick for the best drones for kids.

Camera is not the greatest

Another one of the Best Drones for Kids

﻿﻿Moving right along, the DBPOWER MJX X400W FPV Drone with Wifi Camera, is another one of the best drones for kids. This drone comes with a great feature for beginners called headless mode. The headless mode allows the drone to fly in whatever direction you command it to, regardless of which way the nose is pointed. Along these lines, this product has a return key. When your kid presses it, his or her drone automatically returns to where they stand with the transmitter. Needless to say, the headless mode and the return key make life much easier for a kid learning to pilot his first drone﻿﻿.

The other extremely cool feature is that you can sync this drone to your phone to get a real time bird’s eye view. In addition, it can live stream to virtual reality headsets and can also take stills. But these aren’t its only exciting features–it will also do a 360 roll with the press of a button, and it shines with an LED light. You can take it out one-hundred meters, and keep it up eight to nine minutes. Its dimensions are 11.8 x 11.8 x 3 inches,j and it weighs 1.6 lbs. Its charging time is about two hours. The youngest recommended age is fourteen. Obviously, this model is a terrific drone with camera for kids. All of these great features also make this a very kid friendly drone, so it’s easy to see why we chose this for one of the best drones for kids.

Returns home at the push of a button

VR headset not provided, you’ll have to get your own

The ﻿﻿﻿Syma X5C Quadcopter﻿﻿﻿ another one of the best drones for kids on our list. What are some of its special features? Well, it is equipped with a six axis Gyro stabilization system, which is extremely good for inexperienced pilots. That being said, I will go ahead and add that every drone on this list has the same six axis Gyro system, so though it is a good feature of this drone, it doesn’t distinguish it from the others. One of the fun features of this drone is the fact that it does a﻿﻿﻿﻿ 360 with the press of a button﻿﻿﻿﻿.

It is equipped with a 720p HD camera which takes photos and videos. Its flying time is about six or seven minutes, and while keeping it under fine-tuned control, you can let it go out about 50 meters. It charges for an hour and a half. Its dimensions are 16.5 x 12.2 x 3.8 inches, and its weight is 2.1 lbs. The minimum recommended age for piloting this drone is fourteen. Finally, it is equipped with flashing lights which are super fun for young pilots. This is really a great kid friendly drone to learn to fly.

The popularity of this particular drone makes it very easy to find replacement parts, which maybe needed from those “early learning” moments.

One of the best QuadCopters for kids

Another awesome drone for kids worth taking a look at is the Holy Stone U818A. This drone, like the previous one on our list, has the extremely handy headless mode and return key. In addition, it will do a 360 with the push of a button, and it comes equipped with LED running lights. A really wonderful feature that this drone possesses is anti-interference technology. In other words, when your son and his friends go to the park to fly their drones, the signals from his friends drone remote controllers won’t interfere with his drone’s flight.

This drone is also equipped with an HD 720p camera with which your kid can snap photos or take videos. This drone can stay out for seven to nine minutes and go out about 100 meters. It charges an hour and a half to two hours. Its dimensions are 15.2 x 14.6 x 4 inches, and its weight is 1.9 lbs. The minimum recommended age is fourteen and is one of the best quadcopters for kids.

WIFI connects to your phone

No stability for camera

One of the Best Drones for Kids with Camera

The Holy Stone F181 RC Quadcopter Drone with HD Camera, is another one of the best drones for kids with a camera. Once again, this drone is equipped with a headless mode and return key. In addition, it has a wonderful air hold function, which allows the drone to hover in place so that the pilot can take really great shots. The camera it comes with is an HD 720p which will take either stills or videos. These elements all make it an excellent drone with camera for kids.

The Holy Stone comes with a 360 flip button which allows it to flip left, right, front, or back. Adding great fun, this drone possesses the very cool capability of performing a continuous roll. Also, it is equipped with colorful LED lights. Your kid can send this drone out fifty to one-hundred meters, and keep it up for seven to nine minutes. This model charges about an hour and twenty minutes. Its dimensions are 12.2 x 3.5 x 12.2 inches, and its shipping weight is 2 lbs. The youngest recommended age is fourteen.

The drone has soft landing pads.

Another One Of The Best Drones For Kids

Last but certainly not least is the DBPOWER UDI U842 Predator WiFi FPV. Like the three drones we listed just previously, this one also possesses a headless mode. One of its very coolest features is its capability to live stream to your phone. Also, it is equipped with an HD 720p camera which snaps photos and takes videos. In addition, it has a function which allows it to perform 360’s. This drone stays up for six to nine minutes, and you can pilot it out fifty to eighty meters; though we should mention that the live video stream only functions about thirty meters. It charges for two and a half hours. Its dimensions are 19.1 x 19.1 x 4.8 inches, and its weight is 12.6 oz. The minimum recommended age is fourteen. All of these great features make it one of the best drones for young people.

Live stream to your phone

Live stream only functions up to 30 meters

Besides choosing Best Drones For Kids, you also need to research on safety and flight skills. Access now 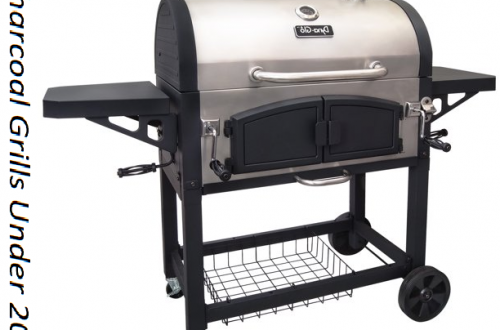 Best Drones Under 200 (The Complete Breakdown)